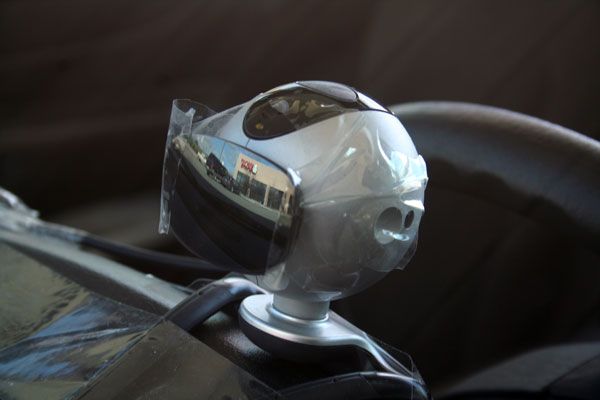 On holiday last year I drove my buddy Byron from Denver to Vegas and back. On the way down the sun was largely in our eyes but on the way back I slapped a webcam on the dashboard and recorded a photo every second. Played back at 24fps this makes for a surprisingly watchable 25 minute journey at an apparent 1400mph.

It's smoother than the ones I did coast-to-coast back in 2005 because it's blurred. I forced a slower shutter speed on the webcam by laying both lenses from a cheap pair of sunglasses over the aperture, allowing less light through; the motion-blurred images segue into each other more smoothly this way. I suppose it would only be perfectly smooth if the shutter speed was equal to the frequency - i.e. a second - but that would just be pea soup.

Watch out for the white lines coming into phase with the webcam and appearing to stop - just like wagon wheels in old westerns - and the clouds boiling overhead as you pass under them. Yes, I got lost finding the highway in Vegas. Shut up.