The banner is up
via mobile September 7th @ 3:14pm 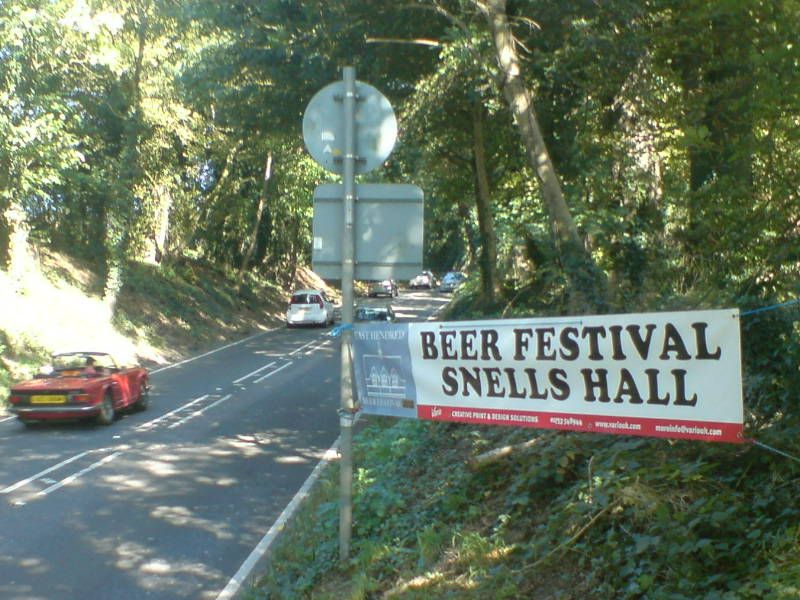 This makes it much more official. I was urged not to attempt putting this up on my own but strangely a job which has in the past taken a team of three over an hour of profanity laden toil seemed to be a fifteen minute doddle when one is left simply to get on with it. Of course my radical technique of using no (as opposed to about twenty) zip ties and only half hitch knots will probably land us with a civil lawsuit from a truck driver across whose windscreen the newly wind-liberated banner has been blown, but as both the hamper company and the vineyard have departed this corner I really don't think there's anything of value left to hit.