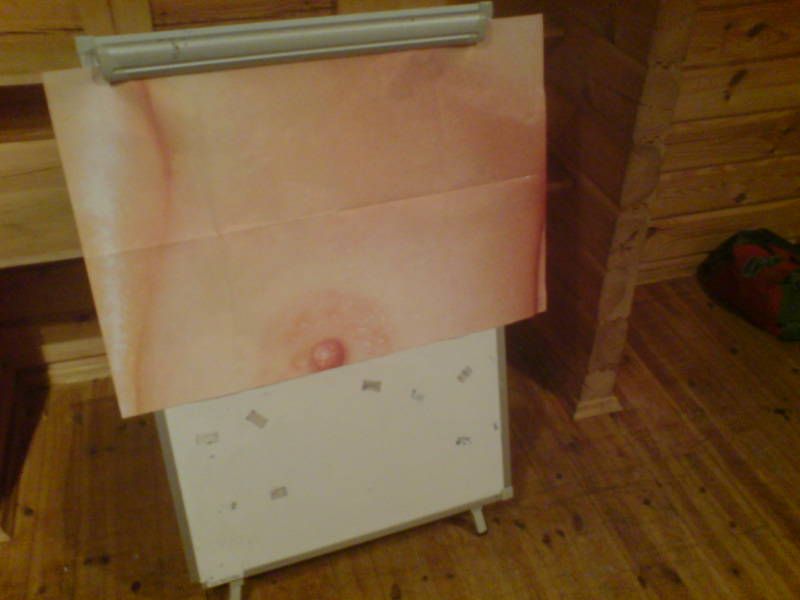 Okay. So bear with me on this one. We're on a lads' weekend in the countryside. The traditional copy of Zoo magazine has been purchased. Inside was a free poster which on one side featured veteran boobslinger and ex Powwownow spokesperson Jodie Marsh and on the other this frankly mystifying partial mammary. It's beyond parody. A poster of half a tit. According to the mag, there are four to collect but even the complete set depicts neither face nor, well, anything that isn't directly associated with the nourishment of newborns. Zoo, we salute your single minded and shameless pursuit of the appreciation of large breasts. And nothing else.