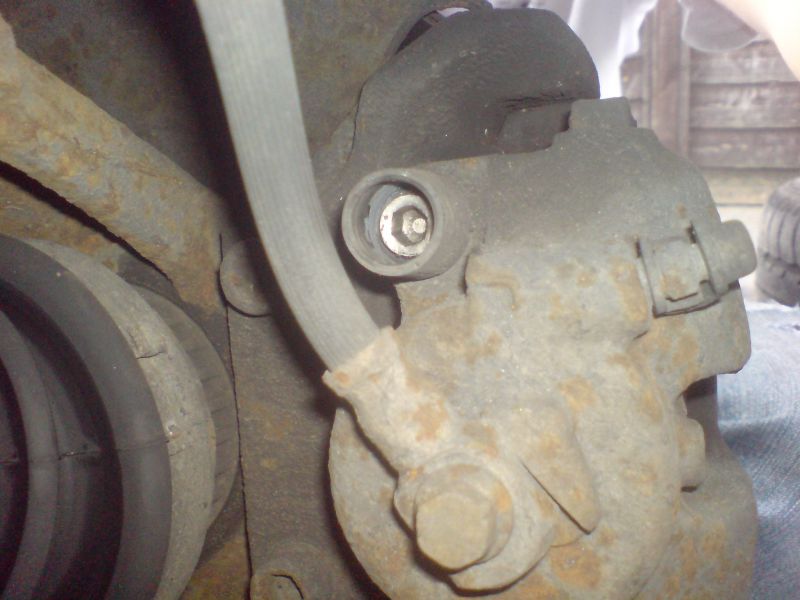 Not my most thrilling photo but I just wanted to demonstrate the most useful thing about a camera phone - the ability to show you in precise detail that difficult-to-reach bolt with which you might otherwise spend three hours fumbling, only to realise it's not a hex head at all but rather a 7mm allen key - yes, 7mm - which is of course the only size you don't have in your shop-bought set meaning that once again you end up spending as much on new tools as you do on parts for the car, not to mention the half hour detour, by bike, in blazing sunshine, to Mahjack's and back to procure said tool.

Oh, that and the fact that this is the 1500th photo I've had on this phone so far. Must be about due to be left on a train / thrown under a bus / dropped in a toilet by now.