The day I was outsmarted by Curry's
posted Sunday March 25th @ 1:02pm 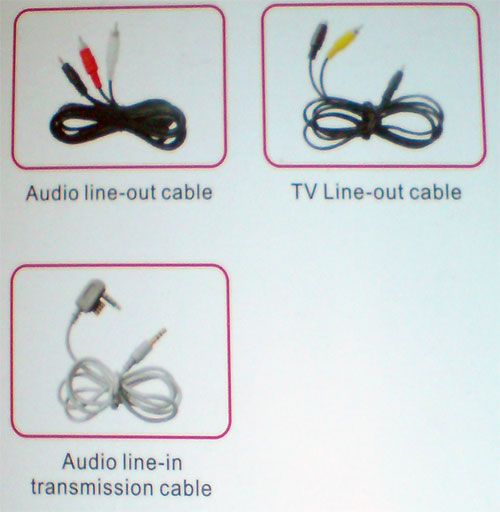 You know Currys. Even if you're not British you know the concept: electronics, stocked in bulk, mostly overpriced (but for a few weirdly-under-specced bin-ends that are used to lure you in via an ad in the local paper) and sold by largely clueless teenagers whose experience of electronics doesn't extend much beyond changing the batteries in the remote control. It's a tried-and-tested approach which works very well for many large companies because, on the whole, people are more interested in going out and coming back with a vast TV in a box rather than waiting for a Neanderthal moron in a greasy denim jacket to fling it through their front door after ordering it online.

I tend to avoid Currys and Dixons alike, although they still get my money because they're owned by the same company that runs PC World which does very well out of my occasional Sunday afternoon distress purchases of computer components. However, yesterday I decided (a) I needed a 3.5mm-to-phono cable to connect my amp to my laptop and (b) I really could not be arsed with driving all the way over to Solihull to visit the venerable Maplin for the necessary plugs. And so it was that I decided to slip by Currys and pick up - hopefully - a cheap cable. Fat chance.

I railed against it - I really did. Somewhat hopefully, I dropped into Staples, the office supply store, to see whether they had an own-brand cable which might do the job without breaking the bank but sadly the closest they had was a weird rat's nest of an audio-visual cable "selection" which frankly was overkill (and, at £30, somewhat outside my target price range). I knew that the supermarket was a safe bet but, as it was on the way, I thought I'd drop into Curry's just on the offchance.

I found the cable racks quite quickly and scanned them for the headphone-to-phono model. For a period in the early part of this decade, they went out of fashion rather as the advent of the MP3 player negated any need for a proper home stereo that was stuck, at times, several feet from one's ears. Luckily, though, those dark days are over and I found two pegs completely stocked with precisely what I was looking for.. at a tenner apiece! A tenner! Jesus, the connectors are about ten pence in Maplin and I had wire, solder and heat shrink sitting at home ready to go! A tenner, indeed. Nice try, Currys.

I kept looking though on the offchance that I'd missed acheaper brand - perhaps one without the fabulous gold plated contacts which, obviously are indispens.. WAIT A MOMENT! What have we here? Over in the corner of the display, almost hidden behind the iPod display cabinet, there were some pink and white boxes, marked, "Cables for VIZO media player". On the back was the diagram above, illustrating three cables therein contained. One was some proprietary thingy with a headphone connector on the other end, one was a weird A/V television connector but, more interestingly, the very adapter I required was the final item. And the price for this pack, which not only included the cable in the £10 version but two free extras (useless though they were)? Two ninety-seven! Under a third! At that price I could afford a second one for the car.

I raced to the counter with my hard-spotted bargains and joked with the checkout girl about the insatiable demand for PS3's lest she suddenly realise it was all a big mistake and refuse to supply at the price marked. As soon as the deal was done I legged it down the street, greedily unwrapping one box as I went.

I was maybe sixty feet from the store when I realised what was wrong. The headphone jacks were too small. I wish I was joking. The bastards at VIZO had decided to use 2mm headphone jacks instead of 3.5mm ones. I mean, come on; even Apple, the King of bullshit proprietary connectors (they once made a 3.5mm microphone jack that was just a little bit longer than anyone else's, just to catch out people who sneakily tried to use one other than the official Apple branded model) put a standard headphone jack on the iPod. I couldn't believe it. But my pride would not let me return them, not so soon after purchase.

I went home and examined my spoils, wondering if anything could be salvaged. The A/V connector - what looked like an old ADB serial connector on one end and a single phono on the other - was useless. So was the customised sawtooth doobery. Luckily however it did have a full size headphone connector on the other end. Oh God. Here we go.

Volt meter beeping, soldering iron charging up, snips and strippers at the ready, I set to clipping and stripping the wires from the phono connectors of one wire and the headphone plug of the other. A simple enough, if irritating, job. But my torture was far from over. The phono cable was, as expected, four wires: two positives, shielded in rubber and surrounded by strands of the ground wire, which in turn was shielded again. Plenty of nice, bare wire with which to work. I prepped the ends, twisted the grounds together and hooked them ready to mesh with what I assumed would be similar wires protuding from the headphone jack. No such luck.

The headphone sprouted a single wire which snipped and stripped easily to reveal three coloured wires inside. Uncovered but coloured wires. Eh?

I touched them with the ohm meter and found no connection between the coloured parts and the connector on the end. These things were PAINTED. Each and every strand of the wire had been hand-painted by tireless Australian midgets in the VIZO factory. CURSE YOU VIZO!

The only way forward was to strip the paint off, so I grabbed some sandpaper and gripped them, hoping to scrape it all off in one smooth movement. Instead, all I did was discover that the strands were so very thin that they couldn't take such punishment as they fractured between my soft grip and sheared off completely. For crying out loud. And so it was that when my flatmate came in I was crouched over the table, swearing to myself and gently stroking the paint off wires so thin I could barely see them with the very tip of some fine sandpaper. He is used to this sort of thing and didn't pry.

Eventually I saw a flash of gold under the red paint and, sure enough, got a solid connection. The blue wire, similarly, was stripped in the same way but the third wire - by process of elimination the ground - was.. painted.. GOLD. So I just kept going on that one until I got a reliable contact.

That should've been the end of the story, except that halfway through soldering it the end snapped off the soldering iron.

I actually cannot go on. Sorry. But I will tell you that the job got done in the end and I now have pan-domicile Internet radio, which is nice. But not nearly worth it.