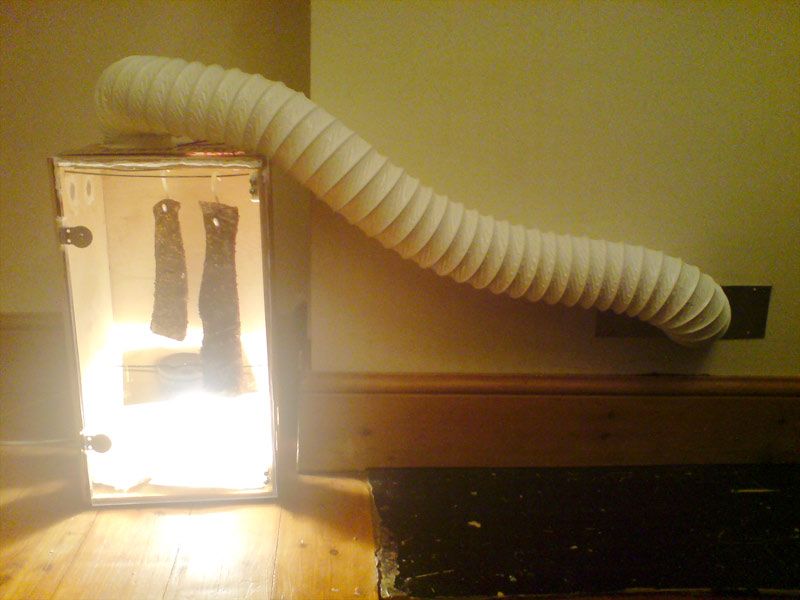 It's been some time since I used the wooden biltong box because I don't have a shed. You can't dry meat in the house without filling the place with a vague miasma of meaty smells and, as the box is not really weatherproof, I can't use it outside either.

Well, as you can see, one trip to Mahjack's later, we have a solution. Inside the conduit are the two fans as donated by Brendan - one at either end - which draw air from the top of the box and boost it into the chimney breast. It appears to be working nicely and should put paid to my occasional mouldy disasters that result from operating outside in damp weather.